Pasadena is known for its annual rose parade.  The Tournament of Roses has come a long way since its early days. The New Year’s Rose Parade is seen by one out of every four U.S. households, and in more than 150 international territories.

The Rose Parade’s elaborate floats now feature high-tech computerized animation and exotic natural materials from around the world. Although a few floats are still built exclusively by volunteers from their sponsoring communities, most are built by professional float building companies and take nearly a year to construct.

This year National Association of Realtors (NAR) is participating in the parade. I was invited to help decorate the NAR rose parade float last Saturday, but unfortunately had to spend most of that day at the airport waiting for my family to make it back home.

One of my on-line friends, Chris, stepped in with her boyfriend to help out. These are some photos that she took which I thought you would enjoy. 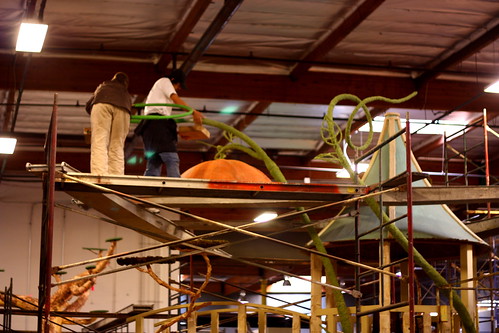 This is the National Association of Realtor’s float. The theme is the Dream of Home Ownership. 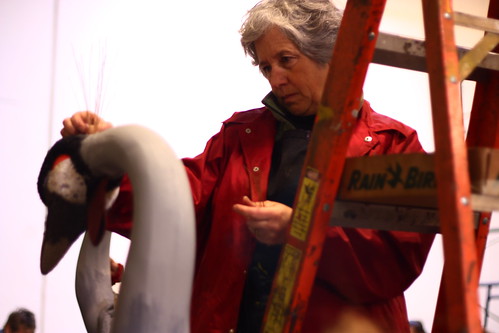 Chris says “Byron and I were assigned to affix pinto beans onto a strip of the boat on the float. Oh my! Who thought something so seemingly simple, could be so hard!!

We were told to put a good coat of glue and then take a handful of beans and hold them on. That method proved futile. You would move your hand, and the beans would mostly stick to your rubber gloves. In the end, we figured out that putting them on one at a time, was the way to go. At least it wasn’t just us. Everyone in our group was a bit frustrated, although we all had fun in the process.” 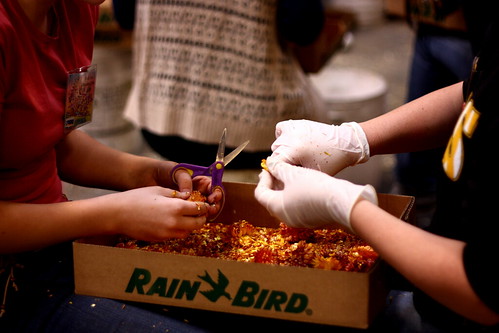 After trying to put pinto beans on the side of the boat, we opted for a job that took a bit less skill. Here are two girls cutting the petals off dried straw flowers. 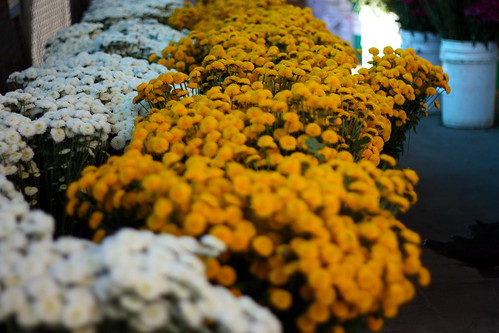 Just a few of the flowers that will end up on the floats. The National Association of Realtors float we worked on will have over 30,000 hot pink roses alone. It was still a bit early on the day we worked. Mostly dried flowers, beans, and seeds were put on while we were there. 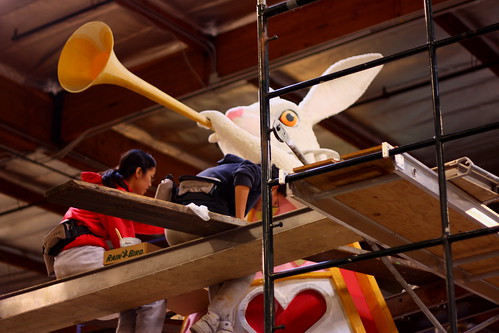 Chris loves all things Alice, so she was quite thrilled that this float was in the same barn. 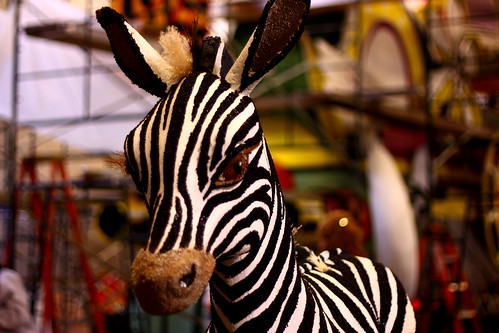 Doesn’t this zebra’s eyes remind you of olives? I love the expression. This was from the rain bird float. They make sprinklers – the ones at Chris’s house are made by them. This is what the National Association of Realtors float will look like.

The inspiration for the NAR float is the Swiss Family Robinson by Johann David Wyss. As the story goes, the family is shipwrecked on a deserted island. Rather than give up, they pull together to build a unique home among the trees. The home becomes their strength and solace.

EVER WONDER WHAT  A FLOAT COST?

Float design and construction costs vary and generally begin at approximately $200,000. Costs can be higher or lower depending on sophistication of design, degree of animation, and varieties of floral materials. The Tournament considers floats with both smaller and larger budgets. The mutually agreed-upon cost for a float is an arrangement between the participating organization and a Tournament of Roses approved builder; the Tournament does not receive any of the funds allocated to the building of a float.

PLUS THERE ARE ADDITIONAL FEES

A float participation fee ($6,250 for commercial entries, $3,700 for non-commercial entries) is not included in the builder costs and is paid to the Tournament of Roses after a group is invited to enter a float in the Rose Parade.

And, of course, the major expenses include the cost of the flowers, labor/materials and engineering, bringing the cost of each float in the hundreds of thousands of dollars range.

Can’t wait until tomorrow to see the beautiful Pasadena’s Tournament of Roses Parade.  Hope you and your family enjoy it.

Update:  here’s the photo of the National Association of Realtors float If you are interested in seeing the Pasadena rose parade floats up close, check this post out for Showcase of Floats info.

Wishing all of you a healthy, prosperous and happy 2009!